What is Naloxone and How Do You Get It?

The War on Drugs

America has been fighting a war against itself for over a century. The Opioid Epidemic has become an unwelcome household name throughout the country, in areas where drug abuse and addiction were previously rare. It has taken decades of trial and error to arrive at any kind of truly effective solution. The country has been a major proponent of the punitive approach to drug treatment on a federal level since the passing of the 1914 Harrison Narcotics Act. What was previously seen as a health, moral or family problem, was now a legal one. Punishments have only gotten more severe, prison sentences longer and throughout all of this, the death toll has continued to rise.

With previous models failing, more liberal drug policies are being championed. The evidence-based model of Harm Reduction and its effectiveness are becoming undeniable after demonstrated success in European countries like Portugal and Switzerland. One of the most simple and effective tools for reducing the impact of Opioid overdose is the drug Naloxone. Commonly referred to by its brand-name, Narcan, Naloxone is what is known as an Opioid Antagonist, an antidote to Opioid overdose. Naloxone was previously available only by prescription and was often administered only by medical professionals. As a chemical relative or analog of other Opioid drugs, it was only available by prescription and unlicensed possession was historically illegal.

For years, those affected by the Opioid Epidemic, including doctors, nurses and police have championed Naloxone as a simple solution to a largely preventable problem. In recent years, Maryland has been on the front lines of the crisis. Before the phrase Opioid Epidemic was widely known, Baltimore had a problem with drugs. The city was an often-cited example of urban decay and its consequences. Popular culture, including HBO’s now-famous “The Wire” contributed to the infamy of the region and although fictional, highlighted a very real problem.

Maryland, like the rest of the country, had long tried to solve the drug problem through legal means. Years of wasted resources, lost life and no progress has led the state to become a pioneer among other states in the implementation of Harm Reduction practices. For instance, Maryland has been one of the first states to implement large-scale, emergency prescribing of Buprenorphine in hospitals to high-risk patients that would otherwise wait weeks or even months for the same treatment. This program has demonstrated early success. Many of the supporters of programs like this were early supporters of unrestricted access to the Opioid overdose antidote, Naloxone.

The Heroin Overdose Prevention Effort and Treatment act or HOPE, for short, was a bill supported by both Democrats and Republicans alike. Passed in 2017, the bill aimed to increase education and support efforts and included a stipulation allowing any pharmacy to dispense the life-saving antidote to any who wish to have it. This bill expanded on what was already considered a liberal policy allowing non-medical professionals to carry and administer the drug only following a training course.

The expanded availability of Naloxone goes hand in hand with what is known as a “Good Samaritan Law”. Maryland was one of the first states to implement such a policy, in which drug users can call for medical assistance for themselves or others without fear of arrest or prosecution. The success of these programs has been a triumph in what has been a long history of failed policies aimed at reducing addiction and death. The efficacy of these policies has been demonstrated statistically. Statewide, overdose rates involving Heroin and/or Prescription Opioids have fallen each year since 2017. However, the major encroachment of synthetic Opioids, primarily Fentanyl, have complicated the situation. Fentanyl is extremely potent and can be made easily and cheaply. Fentanyl has largely replaced Heroin on the black market.

The new threat of Fentanyl

Overdoses involving these highly potent Opioids are a major obstacle to the continued  success of overdose prevention programs like those implemented by Maryland. Fentanyl is exponentially stronger than Heroin. The added potency means that overdose victims frequently require more than the amount of Naloxone commonly available to most. The drug is usually packaged as two individual doses of either 2mg or 4mg each. It is not uncommon for a Fentanyl overdose to require 6 or more doses.

The Opioid Epidemic is not over and new challenges will always continue to present themselves. The unforeseen impact of the global Covid-19 pandemic has contributed to further isolation among an already isolated population in the state. An issue as simple as wanting to avoid sickness could be the difference between helping a stranger or passing them by to possibly die alone. While these new issues have complicated an already complex situation, the achievements of these Harm Reduction policies is a life-line that presents a real, possible solution to the problem.

Naloxone is a life saving medication. It does not enable drug users in any way and is not addictive. It should be used as a response to overdose and does not carry any risk of creating “highs” . It is also important to know that if you are unsure if someone is actually experiencing an overdose, there is no danger in giving naloxone just in case. When administered properly, there is no risk,

Getting Narcan in Maryland

Anyone over 18 in the state of Maryland can access Naloxone at any pharmacy that stocks the drug. No prescription is necessary. Naloxone is a life-saving antidote, but should only be administered as an initial treatment for Opioid overdose. Treatment by a trained medical professional is always recommended following administration. Anyone seeking help for themselves or others as a result of an overdose should call 911 or go to the nearest Emergency Department. The state provides protection for those seeking help against arrest and/or prosecution under Maryland’s “Good Samaritan Law”. 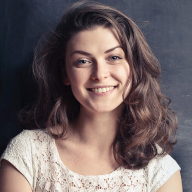 Enter your information below and one of our outreach coordinators will contact you immediately.

I'm standing by
ready to help you